You are here: Home > What's On > Tommy Emmanuel 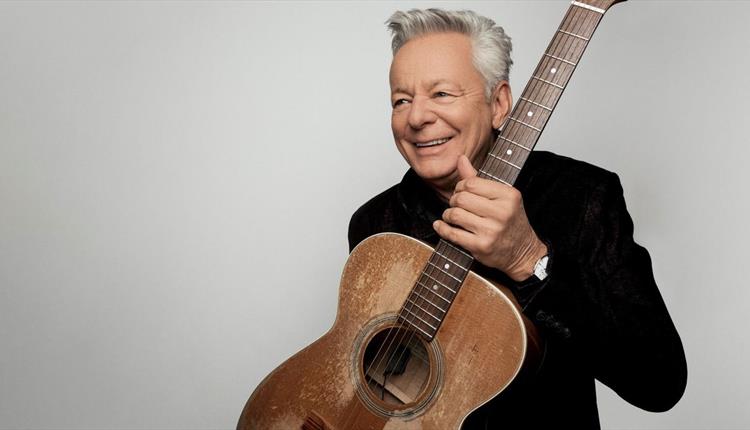 Two-time GRAMMY Nominee Tommy Emmanuel, whose five decade career has garnered hundreds of thousands of fans worldwide, will be bringing his passionate and infectious live show to The Alban Arena

This one night only engagement is in support of Emmanuel’s upcoming album - “It’s Never Too Late” – which will be released on September 21 on Thirty Tigers. The album is 14 tracks of all original music with no vocals or guests. It’s just pure Tommy – solo.

To view the music video for his new single, “Blood Brother”, please visit:

Emmanuel has been voted Favourite Acoustic Guitarist in both Guitar Player Magazine and Acoustic Guitar Magazine’s reader polls, and is a YouTube sensation. His videos have over 29,000,000 views and have led to sold out shows in new markets all over the US. Tommy has also been seen all over the United States in his Public Television pledge specials “Centre Stage” and “Tommy Emmanuel and Friends.”

About Tommy Emmanuel: Two-time Grammy nominee Tommy Emmanuel is one of Australia’s most respected musicians. The legendary guitarist has a professional career that spans five decades and continues to intersect with some of the finest musicians throughout the world. A household name in his native Australia, Tommy has garnered hundreds of thousands of loyal fans worldwide. Tommy’s unique style – he calls it simply “finger style” – is akin to playing guitar the way a pianist plays piano, using all ten fingers. Rather than using a whole band for melody, rhythm, bass, and drum parts, Tommy plays all that – and more – on one guitar. Guitar legend Chet Atkins was one of the first to inspire Emmanuel to try this “fingerpicker” style as a child.

Decades later, Atkins himself became one of Emmanuel’s biggest fans. Tommy Emmanuel is an honorary Kentucky Colonel, a CGP (Certified Guitar Player – a title given by Chet Atkins to only 5 guitarists in the world), an Order of Australia Medalist (AM) and the holder of both an honorary Master’s Degree (MA) and more recently an honorary Doctor of Arts (DR) from Charles Sturt University in Australia in recognition of his commitment to rural Australia and his contribution to music education.