You are here: Home > What's On > Transpo 50 & Vintage Bus Cavalcade 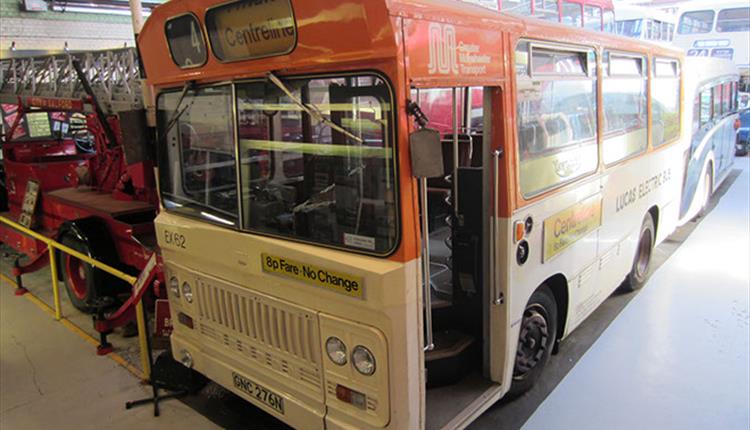 GMT was one of a group of ‘Passenger Transport Executives’, created exactly fifty years ago, to be huge public corporations running all the bus services in our region.

The Museum of Transport Greater Manchester is marking the half-century by holding ‘Transpo 50’, a big bus birthday bash on Saturday and Sunday 19/20 October. On Saturday the Museum will remember the proud old town fleets that SELNEC and then Greater Manchester Transport swept away by holding a cavalcade of vintage buses from the Museum of Transport in Cheetham to Manchester Cathedral. The parade of 15 lovely old double decker buses will enter the city centre via Newton Street at about 12.40 pm; then trundle along Portland Street, Princess Street, John Dalton Street and Deansgate before going on display in front of the Cathedral from about 1 pm until 4 pm.

Then on Sunday 20th, the focus switches to the Museum in Boyle Street, Manchester where those regional giants, the Passenger Transport Executives, will be celebrated. So 1970s orange buses from Greater Manchester will mingle with green ones from Liverpool, blue ones from Birmingham and brown ones from Sheffield. And all in the context of 2p flat fare tickets, little Centreline buses buzzing between Piccadilly and Victoria stations, dodgy hair perms and flares.

All times are approximate and are subject to delays due to traffic conditions - please arrive early to avoid disappointment: