You are here: Home > What's On > Ward Thomas 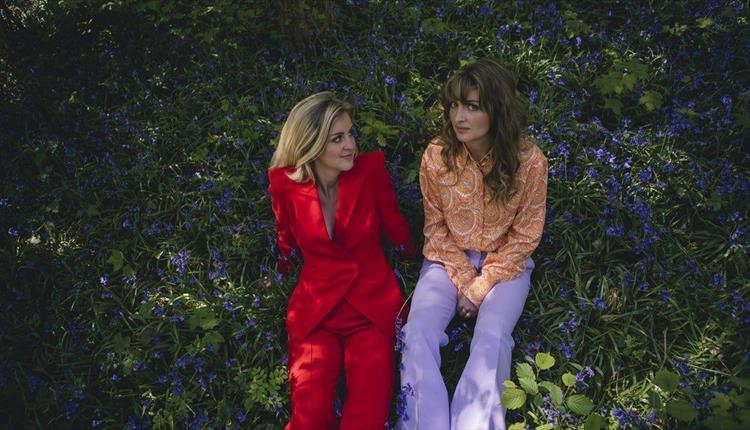 Ward Thomas could tell that change was afoot from the moment they wrote Cartwheels, now the punch-to-the-stomach title track of their sensational second album. Straight away the sisters knew the song was special.

What they didn’t know was that their second album ‘Cartwheels’ would sail to #1 on the UK Album Chart on release making them the first ever UK country act to do so.

Cartwheels the album, as you might guess, contains a cartwheel of emotions and each song suggested its own sound. “Lyrically, it was much more grown-up than anything on our debut. Sonically, it was a move away from country to lots of other influences we grew up with – Fleetwood Mac, The Beatles, KT Tunstall, some Kelly Clarkson, Taylor Swift’s Red album. We’re still influenced by country, we still adore the Dixie Chicks and Kacey Musgraves, but this isn’t just a country album.”

In fact, the title track is among several on the album to shrug off country entirely, although the 22 year old twins’ beguiling harmonies remain their calling card. Lose Me is a fast-paced pop song that rocks out. The glorious Almost Easy adds strings and electronics to the mix. Bewitching ballad Who I’m Not is set to shimmering orchestration. Boisterous lead single Carry You Home is simply a storming pop song.

The biggest change, however, was that the teenagers became adults. With their co-writers, they were four young women, sitting in a room, pouring their hearts out. They didn’t think in terms of genre, but of stories, emotions and coping mechanisms. They wrote about situations they had either experienced themselves or seen their friends go through. In extraordinary couplets they captured everything from deep friendship to deep despair, from loneliness and heartbreak to the joy of moving on, from feeling like a failure to the pleasure of heading to the hills to de-stress.