You are here: Home > What's On > Wasteland In 1994 hundreds of coal miners hung up their pit boots as Grimethorpe Colliery was destroyed, along with the tight-knit working-class community that surrounded it.

Created to mark the 25th anniversary since the demolition and 30 years since the rise of UK rave culture, Wasteland is the highly anticipated new dance theatre show from acclaimed British choreographer Gary Clarke and the sequel to his multi-award-winning production Coal.

This thrilling yet deeply touching production takes a close look at how two generations coped in this era of radical upheaval. A fractured relationship between a father and son is at the heart of the story, and as we see one generation grind exhaustedly to a halt, we follow the next into the 90s illegal rave scene, where derelict warehouses and abandoned work spaces became home for a new-found community of music and dance. 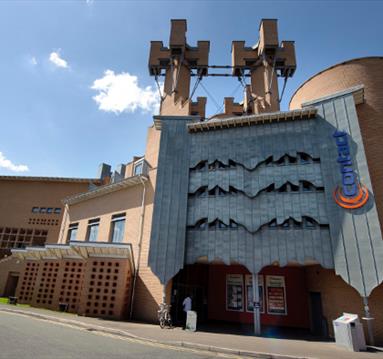 Contact Theatre, MANCHESTERWe are Contact. Fiercely Northern but with an international outlook, we are a theatre and performing arts venue on Manchester’s Oxford Road.