You are here: Home > What's On > Welcome to the UK

Welcome to the UK 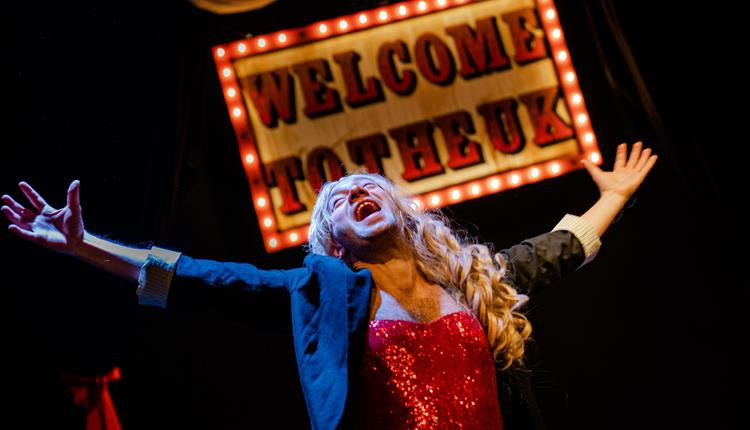 Roll up! Roll up! Come in and take a seat! Hold on tight, and please mind the gap between the continent and the island. Expect humour, horror, live music and candy floss.

Welcome to the UK sets Britain’s hostile environment within a wild funfair led by an accordion-playing ringmaster/Prime Minister. With satirical songs, clowning and a vibrant ensemble performance the show raises awareness of the alarming absurdities of the refugee crisis, Brexit and global politics…

Refugees’ stories, their voice, their talent and their sense of humour. It’s also an ode to the UK we love: a satirical play with a Sudanese, Italian, Syrian, Gambian, Iranian, Iraqi, Afghani, Zimbabwean, Armenian and French touch.

Borderline is a unique theatre ensemble of 14 refugee and European performers shortlisted for the Community Integration Awards. It was created by PSYCHEdelight, a participatory theatre company of Sanctuary led by Sophie NL Besse, a writer, director and psychotherapist. Three years ago, they all embarked on an artistic and human adventure to raise awareness and change the negative narrative often associated with refugees. In 2016 they created Borderline, a satire of Calais Jungle and after touring nationally and internationally soon became known as the ‘Borderline people’.

“Theatre that springs from the eternal need to share stories, to foster understanding, and to just get together in a room and laugh.” Time Out 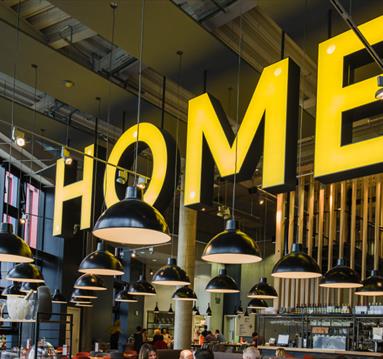