You are here: Home > What's On > Winter Beer Festival 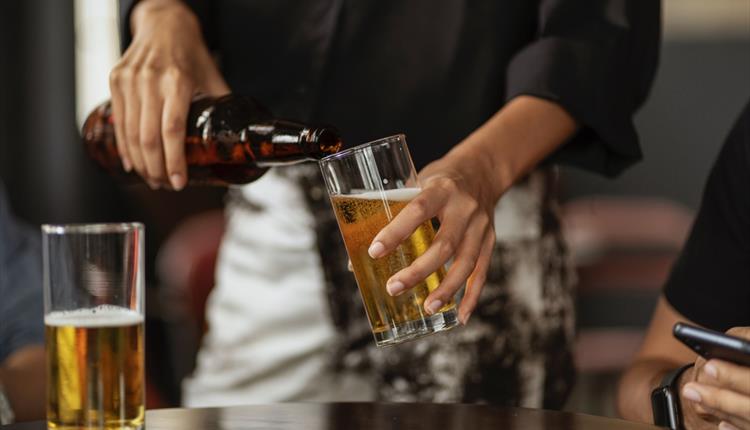 Following a year’s hiatus due to COVID-19, Manchester’s biggest and friendliest street food venue GRUB welcomes back its annual local and independent beer festival on Friday 21st - 23rd of January.

Based in Manchester’s Green Quarter GRUB has built a reputation for being Manchester’sfriendliest and most sustainable street food venue. With the basement bar holding over 20 taps and a constant rotation of new beers from local and independent breweries including its neighbours The Runaway Brewery, Blackjack Brewing Co, Beatnikz Republic and more, GRUB is the perfect place for any beer fanatic.

GRUB’s Winter Beer Fest welcomes the above breweries, as well as guests Squawk Brewing Co and Rivington Brewery Co, who will all bring along a pop-up bar to the venue, showcasing their collection of delicious beers for you to try.

Previously known for being ‘Britain’s coldest beer festival’ due to some of the beers freezing, Winter Beer Fest has now taken a cosier residence inside GRUB’s very own independent cinema Chapeltown Picture House. Here is where the guest brewery bars will be hosted alongside a series of top secret special tastings across the weekend and some exciting beer and food pairings still to be announced…

You can now buy an early bird ticket for ONLY £5 per session, which includes entry to the event, access to the full range of beers including all the brewery bars and guest taps AND a branded glass to take home. Sessions are on Friday 4-10pm, Saturday 12pm-5pm and 6pm-11pm and Sunday 12pm-6pm.