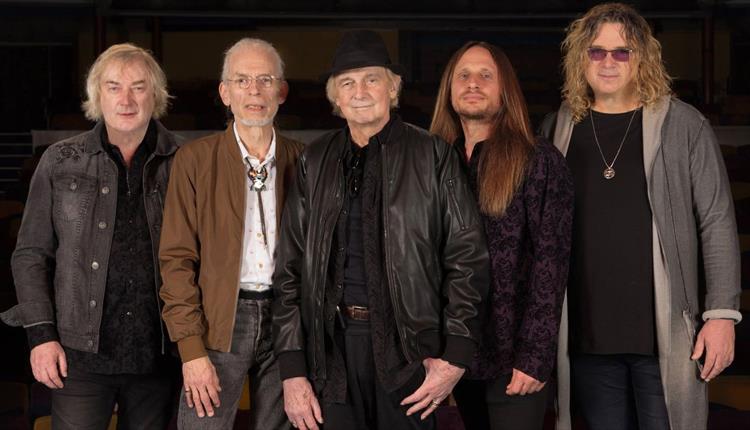 YES, one of the most innovative of all prog-rock bands, and true legends of the genre, have announced a 8-date UK tour.

The show will comprise two sets by the band with full production and a high definition video wall. The first will feature favourite classic tracks from YES’ extensive catalogue. The second will feature

*Relayer*, the seventh studio album by YES, and one of the band’s most distinctive. *Relayer* marked a slight change in direction as Patrick Moraz replaced Rick Wakeman on keyboards bringing an edgier, avant-garde feel to the album. This was perfect for the opening track *Gates Of Delirium*, almost 22 minutes in length, with its battle scene featuring the keyboard of Moraz and Steve Howe’s guitar. The battle gives way to the beautiful closing ballad *Soon*, a prayer for peace and hope.

The album continues with *Sound Chaser*, a prog-rock-jazz fusion experiment heavily influenced by Moraz’s style and *To Be Over*, a calm and gentle conclusion to the album, based on a melody by Steve Howe.