You are here: Home > Things To See & Do > Manchester Museum 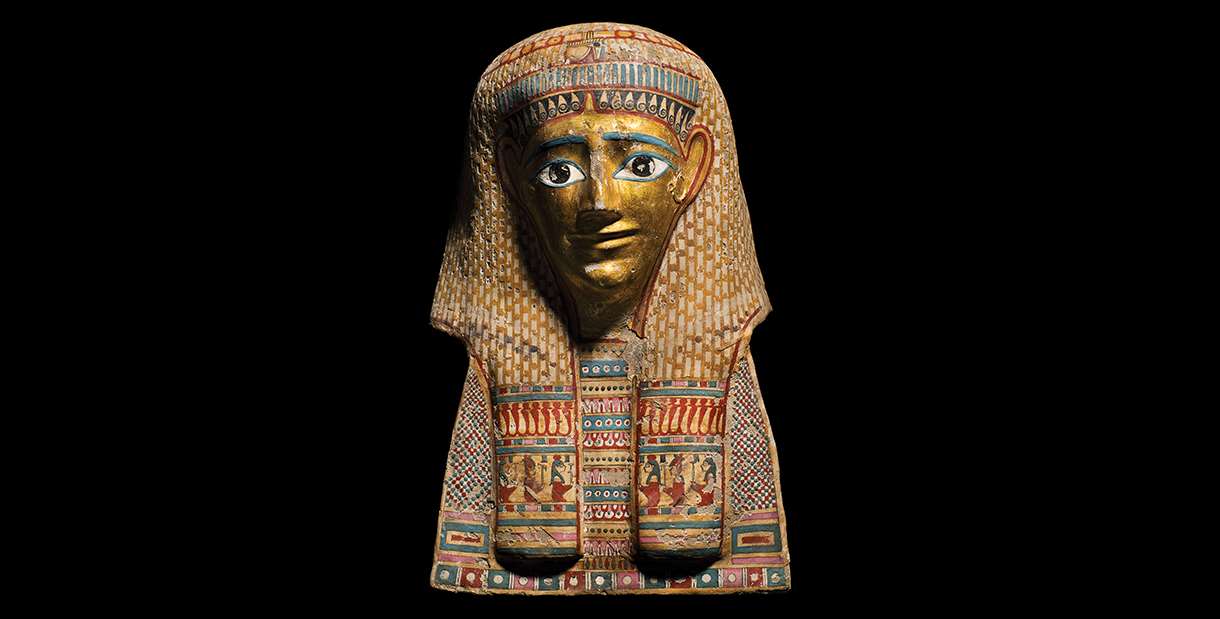 February 2023 marks the reopening of Manchester Museum, part of the University of Manchester, following an ambitious £15 million transformation.

Displays and exhibitions will showcase the best of the museum’s historic collections, as well as addressing the urgencies of the present day and highlighting the complexities of our world. Golden Mummies of Egypt will be the first blockbuster exhibition opening in the new Exhibition Hall following a successful tour across USA and China.

The museum has listened to advocates with lived experience, and inclusive spaces and features will be found throughout the building including a Changing Places toilet, picnic area, prayer room, quiet room and therapy room.

The Exhibition Hall is home to ambitious shows that explore past, present and future and engage with global and local narratives. The opening exhibition, Golden Mummies of Egypt, will offer visitors unparalleled access to the museum's world-class Egypt and Sudan collection and aims to challenge Victorian narratives of ‘ancient Egypt’ through new research from the University of Manchester. Featuring more than 100 objects and 8 mummies, the UK debut follows a hugely popular tour across USA and China and will present a rich perspective on beliefs about the afterlife during Egypt's Graeco-Roman Period (332 BC -395 AD), with highlights including elaborately decorated mummies known as ‘Fayum Portraits’.

The South Asia Gallery, a British Museum partnership, is the first permanent gallery in the UK to celebrate the lived experiences and contributions of the South Asian diaspora. Co-curated with the South Asia Gallery Collective, a group that includes community leaders, educators and artists, the gallery will explore the connection between South Asia and Britain and the legacy of Empire alongside contemporary South Asian culture and creativity, perspectives that have not been presented before. Divided into 6 anthologies, the Collective has grappled with a range of  subjects through 140 artefacts, including one of the collective's great-grandfather's World War I uniform, a rickshaw imported from Bangladesh and decorated by communities in Manchester, a new commissioned mural from British artists, The Singh Twins – an emotional map of South Asian diaspora experience - and a Cartier brooch containing a repurposed carved emerald from the Mughal Empire. At the heart of the gallery is also a dedicated space for performance, film and participatory activities.

The Lee Kai Hung Chinese Culture Gallery highlights personal stories of migration, friendships and collaboration to inspire empathy and build understanding. Developed in partnership with the University’s Manchester China Institute, it draws on historical and contemporary links between Manchester and China. Showcasing rarely and never-displayed collections from cultural partners across the city, visitors will delve through personal stories and objects such as a late Qing dynasty (1636–1912) ‘Manchu’ headdress decorated with blue kingfisher feathers, a 20-metre scroll showing Emperor Kangxi’s birthday procession through the streets of Beijing in the 18th century and a taxidermy milu deer, once on the brink of extinction but now thriving in China after decades of transnational conservation efforts. A night sky constellation – our shared sky – also encourages people to gather and connect through cultural exchange and performances.

Palaeontology enthusiasts will learn what it means to think like a palaeontologist at the brand-new Dinosaur display next to the historic Fossils Gallery. Visitors can meet with prehistoric giants Stan the Tyrannosaurus rex, one of the museum's most visited exhibits, and its new addition, April the Tenontosaurus. The museum worked with a team of Earth Science students from the University of Manchester, who’s new research and several years of cataloguing have allowed April’s skeleton, dating back to the Cretaceous period and found in Montana, USA, to stand on all fours again. Our changing world is a focal point throughout, with featured objects such as fragmented rock showing the moment the asteroid hit Earth, relating to our understanding of evolution, climate change and outer space.

Alexandra P. Alberda is the first ever Curator of Indigenous Perspectives at Manchester Museum. She was appointed to take forward the innovative ‘Indigenising Manchester Museum’ programme, funded by the John Ellerman Foundation, which sets Indigenous perspectives at the heart of the museum. The new Belonging Gallery – the first of the permanent galleries visitors will see - captures the welcoming spirit of the museum and has been led by Alberda. It draws upon the museum's collections and diverse cultural perspectives to reflect on what it means to belong. Following an open call, the exhibition presents the work of multiple visual storytellers, who bring their own life experience to comic art to rewrite the past and inspire new futures, including Indigenous Futurism and African Futurism, which is explored alongside artefacts and natural history specimens. The works tell stories including the climate migration of the first people to Britain during the last Ice Age, and the poignant story of a Syrian refugee’s life jacket, collected in 2017.

To find out more about the project and upcoming exhibitions, visit: manchester.ac.uk/museum