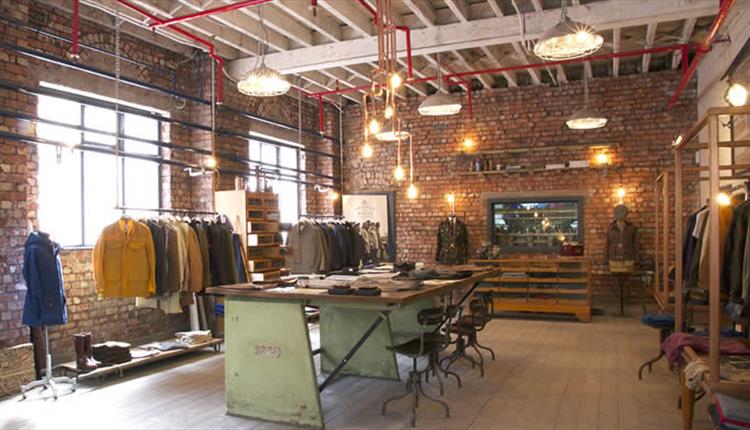 Private White V.C. is an iconic British menswear brand, committed to producing garments of the highest quality, all manufactured in its very own factory and nestled in the heart of Manchester.

Private Jack White was a true English gentleman and World War One military hero. Awarded the Victoria Cross, the highest and most prestigious honour that can be awarded to British and Commonwealth forces, in 1917, Private Jack White returned to Manchester as an apprentice at the factory which now carries his name, eventually becoming its owner.

The factory is now owned and managed by Private Jack White’s great grandchildren, who have kept his spirit alive through the signature line of vintage and military-inspired menswear produced in the very same building; Private White V.C.

Inspired by family heritage and born out of a devotion to British manufacturing, Private White V.C. is committed to producing quality everyday menswear using the finest British materials and craftsmanship. The collection is designed by former head of Dunhill menswear, Nick Ashley, the son of Laura Ashley, the renowned fashion and interiors designer.

Housed in a building dating back to the Nineteenth Century, the Private White V.C. store celebrates the brand’s devotion to British manufacturing and its deep-rooted identity with Manchester.

The Private White V.C. factory shop is a must-visit for anyone with a keen interest in fashion and the textiles industry.