You are here: Home > Things To See & Do > International Anthony Burgess Foundation 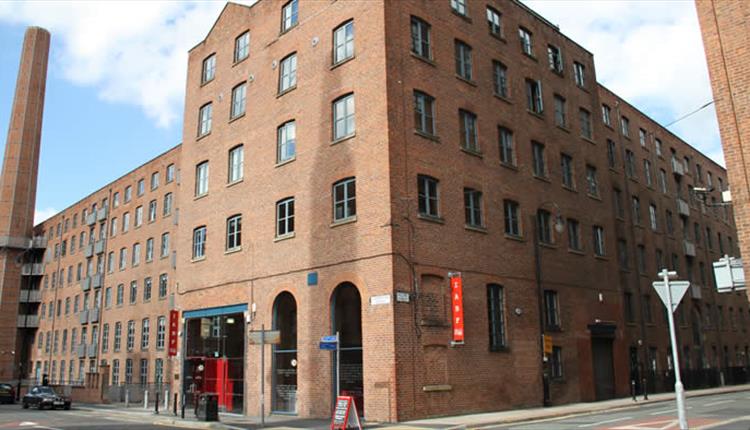 Anthony Burgess (1917-1993) was a prolific novelist, poet, playwright, composer, linguist, translator and critic. He wrote thirty-three novels, twenty-five works of non-fiction, two volumes of autobiography, hundreds of musical works and vast quantities of journalism, but he is perhaps best known for the challenging and hugely influential A Clockwork Orange. He is one of Manchester’s greatest cultural figures.

The International Anthony Burgess Foundation, located in a magnificent example of industrial architecture at Chorlton Mill, encourages and supports public and scholarly interest in all aspects of Anthony Burgess’s life and work.

They have an extensive library, archive and study centre containing Burgess’s books, music and papers, an exhibition space and performance venue (The Engine House) where they host conferences, workshops, film screenings and present new work by writers, artists and musicians. In the bookshop and café you can find current and more obscure editions of Burgess’s books and throughout the building you’ll be able to find Burgess’s furniture and musical instruments.

Their café and exhibition space is open 10am-2pm, Monday-Friday

The archives and reading room are open 10am-4pm, Monday-Friday by appointment.