You are here: Home > Things To See & Do > Spinningfields 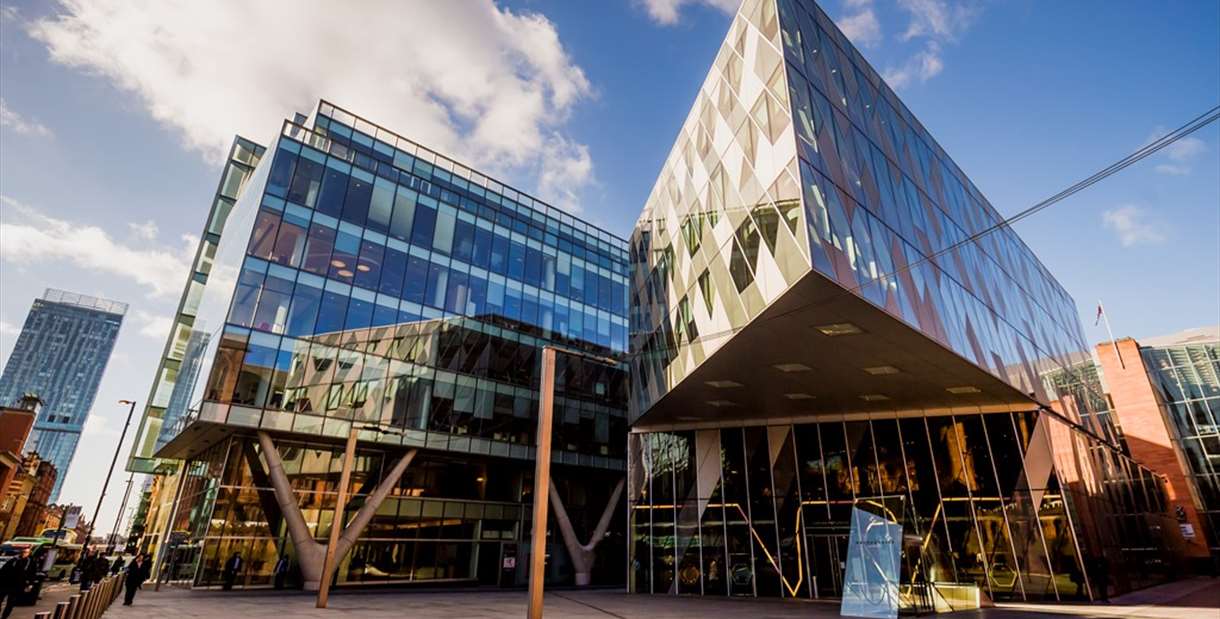 One of the city's most vibrant destinations, Spinningfields is a thriving hub for work, rest and play.

Home to some of Manchester's most popular bars, restaurants and shops, Spinningfields is also the biggest commercial district in the city, housing some of the largest corporations in the North West.

Having created an architecturally rich cityscape, the award-winning estate is Manchester's number one destination for shoppers, foodies and party-goers, unwinding in some of the city's best restaurants and bars, including contemporary Chinese restaurant Tattu, quintessentially English The Lawn Club, Spanish favourite Ibérica and The Oast House with its ever popular beer garden.

Located on the River Irwell is the neighbourhood of Spinningfields, Leftbank, which encompasses the some of the best casual dining Manchester has to offer - The Kitchens street food collective, The Dockyard and Indian street kitchen, Scene. Leftbank is a celebration of all things innovative and independent and the go-to alfresco location for food and drink.

Spinningfields is also home to The Avenue, which has an impressive array of flagship stores including Emporio Armani, Mulberry, Flannels and Oliver Sweeney, plus some of the most exciting eateries in the city.

Not forgetting arts and culture, People's History Museum - a converted Edwardian pumping station - and The John Rylands Library - one of the most stunning buildings in the city - can be found in Spinningfields.

The estate has hosted some of Manchester's biggest calendar events, including Manchester Ice Rink and Screenfields, and is often the chosen location for innovative art installations, such as Through No.3.

Spinningfields is a truly unique city quarter, providing Manchester with spectrum-wide innovation from architecture to retail and art to fine dining.