You are here: Home > Things To See & Do > The Linotype Estate 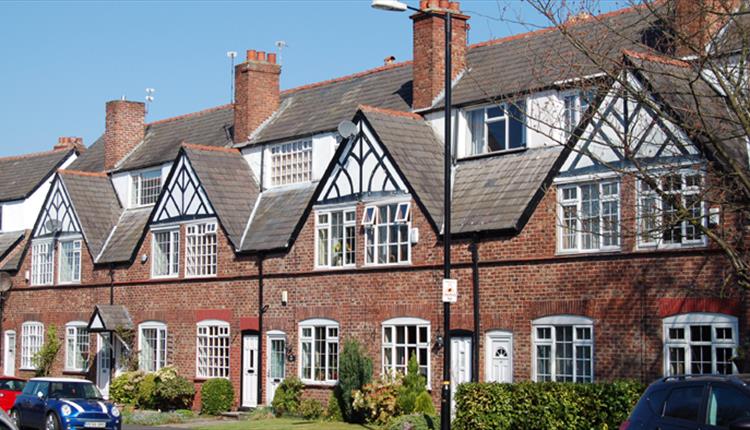 Just as computers have revolutionised the way we communicate today, Linotype transformed the newspaper industry from 1800s to the 1960s. The Linotype and Machinery Company (L&M) opened a factory in Broadheath in 1897. At the height of its success, the firm employed more than 10,000 people to make typesetting machines for the national newspaper industry. Between 1897 and 1901 the Linotype Company built 185 houses for its employees and provided two football grounds, four tennis courts, two bowling greens, a cricket ground, a playground for children and allotments.

The rents charged were only about half of the then current market rate. Estate roads were named after various directors of the company. The estate has tree lined roads and each house has a garden to the front and rear. The modest houses were designed in a simple vernacular style. It is thought that the Linotype estate was probably inspired by the industrial villages of Port Sunlight on the Wirral, Bourneville in Birmingham or Saltaire near Bradford.

The L&M factory building remains although there is no public access - however the demoltion of the building in front of the factory (summer 2012) currently permits good views. The recreational facilties are no longer, but for those interested in architecture or social history a walk around the estates streets, which form a conservation area is rewarding. Please remember that the properties are now in private ownership. The roads forming the estate comprise: Lawrence Road, Lock Road, Pollen Road, Bemrose Avenue, Place Road and Weldon Road.